NOW READING:
On Friday, February 3rd, we will begin discussing Rules of Civility, by Amor Towles

OUR NEXT BOOK(s):
Sea of Glory, by Nathaniel Philbrick

Tim Bascom’s memoir of his childhood in Ethiopia is fascinating and beautifully written. It begins when three-year-old Tim and his two brothers were uprooted from their Kansas home and taken to Ethiopia by their missionary parents. Because Tim’s father is a doctor, the family first lived near an established missionary hospital. There is much to see and explore in this new and strange world and Tim’s visual memories are clear and colorful.

But when Jonathon, the oldest of the brothers, is sent to a faraway boarding school, both Jonathon and Tim are saddened and frightened. Jonathon is just six and is not at all happy to go. Tim reluctantly follows him when he is seven. They see their family during summers and on very rare visits. It is a difficult challenge for the young boys to be so far from their parents and younger brother in a strange country and for such a long time. But the family’s strong and loving ties helped them through it. The boys came to understand their parents’ strong commitment to the people they came to help and work among.

Ti’s childhood memories are amazingly clear. He finds a chameleon in a poinsettia tree and is fascinated by the little reptile and its abilities to change its color to blend in with its environment. He watches the chameleon’s two large eyes focus simultaneously on two completely different directions— a perfect symbol for the complex demands of missionary children: One “eye” watching desperately for a way to fit into the strange culture and know and understand the Ethiopians while realizing they will never truly belong; the other “eye” never losing sight of the American life they left behind.

Tim’s recollections of his childhood and his surroundings in Ethiopia are narrated with delightful color and wonder. Tim helps us see his pet chameleon crawling cautiously along his finger, eyes swiveling in different directions; Tim’s hiding place and observatory high in an avocado tree; the view of his world from behind the large leaves of a hibiscus tree; the frightening cries of hyenas just outside his bedroom window; and the banquet he and his family attended for Emperor Haile Selassie. As time passes the country becomes full of political unrest and rising turbulence, putting the lives of the missionaries at risk and finally leading to Selassie’s overthrow and the rise to power of brutal Marxist-Leninist regime.

It’s time for the family to return to Kansas. They leave with disappointment and reluctance, but return periodically for brief stays.

Books, Brews and Banter was privileged to have Tim Bascom and his wife Cathleen, the former dean of the Cathedral Church of Saint Paul, come to discuss his book and answer our questions. It was both fun and enlightening to hear about his childhood in Ethiopia from the author himself.

Note: Many of us are looking forward to reading Tim’s second book, Running to the Fire. 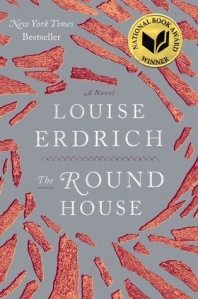 Winner of the 2012 National Book Award for Fiction


Joe, 13, lives with his parents on the Ojibwa Indian reservation in a North Dakota.  When Joe\’s mother is brutally raped, the family is devastated and the investigation into the crime grinds to a halt when Joe\’s mother retreats into herself and refuses to talk about the event.

As he watches his mother\’s slow and agonizing recovery, Joe becomes even more determined to find the rapist and somehow bring him to justice. With the help of his two best friends and some unintended inspiration from a battle-scarred former-Marine-turned-Catholic-priest, they do learn the identity of the rapist.

But the events that follow are both bittersweet and tragic and will change all of their lives forever.
The book is more than a good mystery.  It also paints a picture of a wonderful, close-knit family and  skillfully weaves an understanding of the Indian culture that is so much a part of the lives of the tribe. This is a wonderfully written story from start to finish. —by Gail Stilwill